There are now decades that you are waiting for new Poésie Noire music.

Since 2004, I keep on repeating: "Be patient but a new album is in the making..."
but this time it is finally for real!

The long awaited Poésie Noire new album called "The Sense Of Purpose"
is now planned for release for June 2010.


And this not the only news!

If you live in Belgium you will be lucky guys and girls (first time that
belgian folks are lucky, arent't we?) but if you live somewhere else on
planet Earth, please take any car, train, bus, boat or plane and even
if you have to go through volcano ashes, come to Belgium!...

Be there! You'll find more informations on http://www.sinnersday.com

At this moment, I don't know if there will any kind of tour coming to your
city, country or continent, I'll let you know as so as I know more.


Stay in touch on the Poésie Noire website: http://www.poesienoire.com
or on Jo's Myspace: http://myspace.com/posienoire


Thank you for your interrest and repeated support!

All the best,
David. 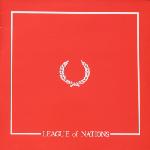